And Initial Solutions Will Cost Over $1 Billion

The sea level off Georgia’s coast is up to 11 inches higher than it was in 1950.1 This increase is mostly due to Georgia’s sinking land, and it’s causing major issues. There is 100 miles of coastline and 14 barrier islands on Georgia’s coast at risk from sea level rise, which are both not only home to wildlife and many communities, but protect inland communities from flooding events.2 Sea level rise around Georgia could cause the loss of not only important wetlands, but historic structures and communities. There are already over 13,000 properties at risk from frequent tidal flooding in Georgia.3 The state is planning over $1 billion in sea level rise solutions, which include dredging projects, building seawalls, and drainage improvements.

The sea level around Fort Pulaski, Georgia, has only risen by 11 inches since 1950. Its speed of rise has accelerated over the last ten years and it’s now rising by over an inch every 2 years.1 Scientists know this because the sea level is measured every 6 minutes using equipment like satellites, floating buoys off the coast, and tidal gauges to accurately measure the local sea level as it accelerates and changes.4

While there are four causes of sea level rise in Georgia, land sinkage is the main contributor.5 Because the land is getting lower each year, due to a process called subsidence, Georgia is particularly vulnerable to an increased rate of sea level rise in the future. Click here to learn more about these causes.

King tides are unusually high tides that are created during months when the sun, moon, and earth align. The combined gravitational pull of the moon and the sun creates much higher tides, called king tides. In some places, king tides are brought on by changes in the weather and ocean patterns. In places like Fort Pulaski, king tides are typically over a foot and a half higher than normal.1 Add that to the 11 inches of sea level rise since 1950, and you end up with flooding even on sunny days.

In Georgia the sea level is rising more rapidly than some coastal areas because as the ocean water is rising, the land is sinking and shorelines are eroding. With a complex coastal ecosystem and over 14 barrier islands, solutions for Georgia’s sea level rise aren’t simple, but they are necessary and urgent.

Already, we are seeing work days missed due to the inability of certain communities to access flooded routes to work. We are seeing saltwater intrusion into our drinking water supply. And we are seeing homeowners inundated with floodwaters on sunny days. 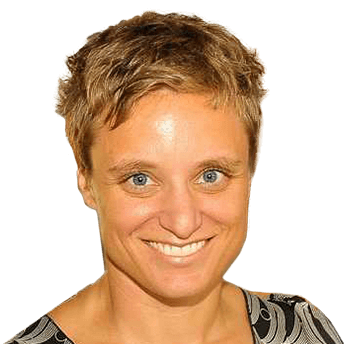 In the last decade, the speed at which Georgia’s sea level is rising has increased and is now rising by as much as 1 inch every 2 years.1 Around Fort Pulaski, it took about 20 years for sea levels to rise by 6 inches.1 Scientists now forecast that in just the next 14 years, the sea level will have risen by another 6 inches.6

Below you can see the range of the NOAA and USACE high and intermediate forecasts for various locations around Georgia.7 Currently, the USACE high forecast, seen as the darkest red line, is the most likely projection.

Data show that as seas rise, more regular events will become more extreme. Our lives will change. We must recognize this fact and work now to mitigate the future impacts.

When the ocean rises high enough, high tides cause flooding even on sunny days. Even though the sea level has only risen by around 4 and a half inches, tidal flooding has increased by 100% in some areas of Georgia since 2000.8

What's at Risk in Georgia?

Georgia, especially because the state has 100 miles of coastline that is host to a massive ecosystem which makes up one-third of the salt marshes remaining on the Eastern Seaboard.2 The barrier islands on Georgia’s coast are not only home to wildlife and many communities, but protect inland communities from flooding events.2 In addition to the loss of important coastal wetlands and habitats, sea level rise around Georgia could cause the loss of historic structures and communities, devastation of infrastructure, and contamination of ground wa­ter by saltwater intrusion.12

Georgia is spending over $1 billion

Some cities have sufficient resources to deal with this problem while others do not. Georgia will need solutions at the individual, local, state, and federal levels to protect its coastal communities.

The USACE is midway through a $973 million dredging project to deepen the Savannah Harbor.13

St. Marys has a flood resiliency project with projected costs up to $160 million, $34 million of which has already been adopted.14

Tybee Island has adopted an adaptation plan, which includes drainage solutions and building a seawall, that could cost well over $50 million to implement.15