And It’s Costing Over $2 Billion

The sea level off South Carolina’s coast is up to 10 inches higher than it was in 1950.1 This increase is mostly due to ice melt, and it’s causing major issues. In the 1970s the city of Charleston experienced an average of 2 days of flooding per year,  but now it is projected that the City could experience 180 days of tidal flooding by 2045.2 Across the state, flooding has increased 75% since 2000.3 Because of its low elevation, Charleston’s medical district is exceptionally vulnerable to flooding. During flood events, areas of MUSC become inaccessible, making it impossible to evacuate or move patients.4

There are already over 90,000 properties at risk from frequent tidal flooding in South Carolina.5 The state is planning over $2 billion in sea level rise solutions, which include beach renourishment, seawalls, drainage improvements, and raising roads.

The sea level around Charleston, South Carolina, has risen by 10 inches since 1950. Its speed of rise has accelerated over the last ten years and it’s now rising by about 1 inch every 2 years.1 Scientists know this because the sea level is measured every 6 minutes using equipment like satellites, floating buoys off the coast, and tidal gauges to accurately measure the local sea level as it accelerates and changes.6

King tides are unusually high tides that generally occur during a new for full moon, or when the sun, moon, and earth align. In some places, king tides are brought on by changes in the weather and ocean patterns. In places like Charleston, king tides are typically nearly a foot and a half higher than normal.1 Add that to the 10 inches of sea level rise since 1950, and you end up with flooding even on sunny days.

In the 1970s, Charleston experienced just 2 days of tidal flooding per year on average; by 2016, the city saw 9 days of tidal flooding.3 Today, flooding across the state has increased by 75%.3 In Beaufort County, SC, the ground is sinking approximately 1 inch lower every 20 years.8 This makes buildings and streets more vulnerable to the rising sea and solutions more complicated, but also more urgent.

Charleston is at the point in history where many of our human activities, pollution, deforestation, and urbanization have diminished the resilience of natural communities. 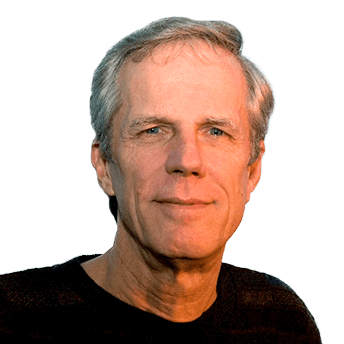 In the last decade, the speed at which South Carolina’s sea level is rising has increased, and is now rising by as much as 1 inch every 2 years.1 Around Charleston, it took around 26 years for the sea level to rise 6 inches.1 Scientists now forecast that in the next 13 years, the speed will double, causing the sea to rise by another 6 inches.9

Below you can see the range of the NOAA and USACE high and intermediate forecasts for various locations around South Carolina.10 Currently, the USACE high forecast, seen as the darkest red line, is the most likely projection.

Sea level will rise, storms will increase, and rainfall will be more intense as evidenced by recent hurricane-driven flooding disasters. This is the new normal and it is imperative to plan for these eventualities.

When the ocean rises high enough, high tides cause flooding even on sunny days. Even though the sea level has only risen by around 4 inches, tidal flooding has increased by 75% in some areas of South Carolina since 2000.2

In 2017, Hurricane Irma devastated parts of South Carolina with powerful storm and caused $51 billion in damages.12 Without sea level rise, Hurricane Irma’s 5.6 foot storm surge would have been lower.13

What's at Risk in South Carolina?

There’s a lot at risk from sea level rise and flooding in South Carolina. Charleston is home to many hospitals which have roads nearby that flood, making it impossible at times for emergency vehicles to get to these hospitals quickly.4 In addition to this and the residential areas that flood, the city also has historic areas that are becoming inundated with more water, more frequently. As sea level continues to rise, these issues will only become worse.

Flooding can impact critical community resources such as neighborhood schools and hospitals.

South Carolina is spending over $2 billion

Some cities have sufficient resources to deal with this problem while others do not. South Carolina will need solutions at the individual, local, state, and federal levels to protect its coastal communities.

Mount Pleasant has developed a $25 million plan that covers 11% of the town to reduce flooding with drainage improvements.15

Hilton Head is spending over $20 million on beach renourishment that protects against flooding and hurricanes.16